The Cable Guy Cliche and the Catch 22 of Customer Satisfaction

We’ve all heard sob stories from people claiming to have waited days on end for the TV or phone tech to arrive. The clock ticks as the poor customer is left staring at a static filled screen, and they end up missing the mid-season finale of the Real Housewives of Cleveland. According to these tales, we live in a world where all repair technicians are uncaring brutes. Something tells me there’s a bit more to the story.

Through the Looking Glass 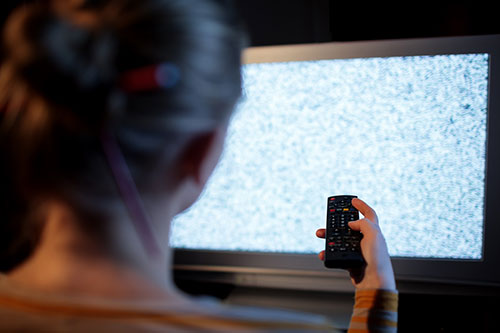 In a time where telecommunications companies face increased competition, customer satisfaction has never been more important. Down time is not acceptable and customers expect a sense of urgency from their service providers to amend the situation – read: “Fix it and fix it now!”

Thus grows the tale of the tardy telecom tech. But let’s take a closer look at his day. Let’s assume for a moment that he actually takes pride in his work and does not maliciously conspire to keep his clients waiting. What happens?

If we step back only a few years, we see a very different world for the Cable TV and Telecom techs. The two systems were separate, yet both based on wire. If the phone stopped working, the phone technician would trace the line, look for breaks and check the terminations. Cable TV repair was pretty much the same. Fast forward to today and the reality is much more complex. Cable TV, telephone and Internet are now combined into a single solution that is part of a much bigger entertainment ecosystem. Nowadays, the same technician has to troubleshoot numerous possible technologies that may be causing the problem including (but not limited to) routers, STBs, Wi-Fi, VoIP, Smart TVs or DVRs. And while he’s been well-trained on how to troubleshoot and repair his gear, he may often be dealing with components that fall outside of his realm of expertise. That’s not to say technicians aren’t highly skilled, but there is definitely a challenge behind being a multi-domain expert, with the added pressure of ‘mission-critical’ urgency fixes being thrown into the mix.

Solving a problem as it happens can make all the difference in building brand loyalty and staying ahead of the competition, but sometimes that can be easier said than done.

The Eyes Have It

This is where our hero is faced with a choice. He could take detailed notes and photos and then contact HQ to arrange a follow-up appointment with another tech who has been properly briefed, or he could spend valuable time on the phone with his tech team back at the office trying desperately to describe which of the 15 blue wires is going where. In either case, the clock continues to tick and customers are kept waiting. A better solution would be if the remote experts were able to see exactly what the field tech sees in real-time so that the problem can be identified and addressed in a timely fashion.

This solution is available today. With Vidcie Live Video Assist, your field techs are equipped with wearable, mobile connected video cameras that enable them to broadcast real-time visuals to support teams back at HQ. Using this unique technology, remote techs can enhance their communication capabilities dramatically and get the expert advice they need to get the job done quickly and effectively. By taking advantage of Live Video Assist, the job gets done on the first visit, and the tech is on the road, set to make it to his next appointment on time.

At the end of the day, ‘seeing’ is quicker than ‘talking’. After all, if a picture is worth 1,000 words, imagine how much live-streaming video is worth.